« Phishing by Phone. What Are They Thinking?! | Main | The Night I Was Nearly Robbed: Situational Awareness & Safety Online (and Offline, too) » 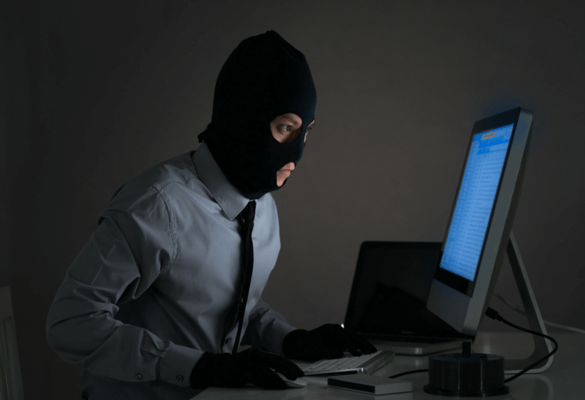 Alexandra from Delaware called in asking, "I heard something on the radio about new threats from online 'spearphishing' attacks, and I'm looking for antivirus software that protects against them.

"What software does that?"

It's no surprise that people are starting to hear stories like the one Alexandra heard because even the FBI has been writing about spear phishing for some time now.

Since there are a couple of questions here, let's take 'em one at a time.

Before we look at spear phishing, let's look at garden variety phishing attacks.

Phishing attacks come typically (though not always) as email. In some, though not all cases, they're flagged as spam.

Regardless of whether or not they're flagged as spam, the goal of the email is for the scammers to trick you.

They want you to reveal your bank, credit card, social security, or other personal info so they can steal your cash or your identity.

Thus far spear phishing mainly happens to people at their workplace. A devious criminal gets ahold of YOUR specific information or your company's.

Often, they'll take their time carefully learning about your company, the employees, who's who in it and such so they can craft a perfect email.

Then they forge an email from one person with authority to another. Usually there's nothing outwardly fishy about it.

Sometimes, if you're observant, one little thing will fail to pass muster.

For instance, Joe in accounts payable gets a forged spear-phished email that's supposedly from the CFO saying,

'They won't start work until they receive the deposit, so please make sure it goes out immediately.

What the spear-phisher does is a couple of things:

In some cases, Internet security software can help prevent these attacks. These are rare and only happen if the phisher has sent Joe a link to a bogus bank or other website.

So, in most cases, your antivirus software can't protect you.

In most cases, the only way to prevent these attacks is *thinking* about things and questioning the validity of the content of emails.

Does everything look legit in the email? Sometimes a spear phisher will fail because of tiny, tiny details like how Mary signs her name. Maybe she usually signs emails as --M. Maybe she always includes a certain signature file.

If one comes in now signed "Mary," or with no sig file, you need to start questioning more deeply.

Check the email "from" and "reply-to" addresses. Are they legit?

Even if Mary *is* leaving early, surely anyone sane wouldn't mind getting a call from Joe to confirm an outgoing wire for $74K. If Mary gets upset, she has no business being CFO.

In one firm where I was CTO, requests for wires HAD to be done IN person ON paper and had to be signed by two people, the requestor and a C-level executive, typically that person's boss. Wires were sent twice weekly, no exceptions.

Yes, this created (rare) problems, but they were far smaller than the problems created having money stolen.

Doing it this way meant: we had a process. We had a clear chain of responsibility. And, we were never, ever victims.

Setup and enforce the use of digital signatures, like those from OpenPGP or GnuPG. It will take work to setup an email signature system like one of these. It will. Aside from the work involved in initial setup, they're not a silver bullet. Incredibly helpful, yes. A silver bullet no.

Even still, they help, and no matter what it's still less work—and less expensive—than trying to recover lost funds, which seldom works.

Kevin & Josh, My Apology: I most sincerely apologize to you for my previously posted "hasty" objection. about the definition of "spear-phishing." I was so concerned about learning about it that in my haste I failed to carefully read the article heading/title. Therein lay the key to my search.
Therefore, as a warning to others who might just make my same Hasty Mistake, "Take time to carefully read the TITLE of the article before you "click" on a pertinent, but inexact article feed."
GP Holk